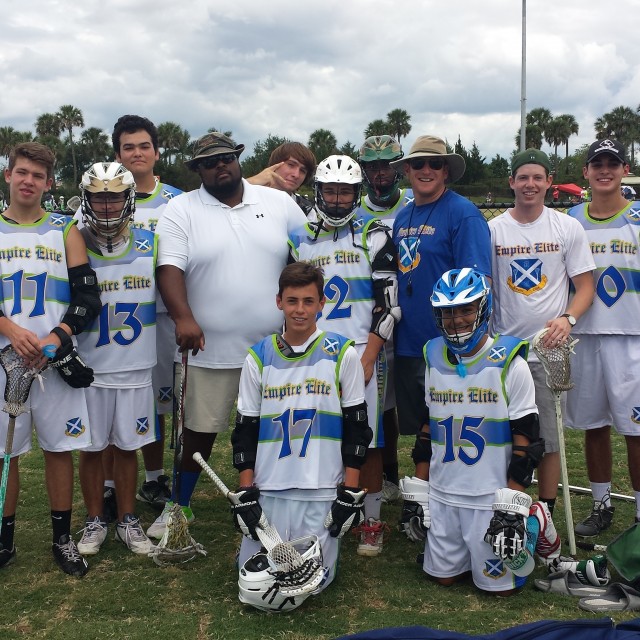 Everyone must register on this site and create a account if you don't already have one.  You must also be a US Lacrosse member. You can register for this at http://www.uslacrosse.org

Who we are:  Empire elite is a program designed to provide high level development, growth and exposure to young lacrosse players.  Our world class coaches offer technical and motivational expertise to your children.

What we do: We will expose your child to ELITE level coaching and competition.  We will travel to one local tournament and one non-local tournament.  In addition, your child will compete with other local select and travel programs.  Your child will leave our program feeling more confident as a lacrosse player, and more dedicated to excellence.

Why we are different:  Our past experiences have given us high level connections with many college programs and coaches. Having played at the ELITE Division Level, Team USA, MLL, All Star teams we have been coached at the highest level.  Our goal is to transfer that knowledge to your son through interactive coaching and game time experience.  At Empire lacrosse we believe that each child is different, and accordingly each child needs to be coached differently.  Over the 16 practices we will get to know your son and find the best way to effectively improve his individual skills.  We have more practices than other select programs and we include all tournament fees with your tuition.    Come join us and feel the experience!

Doug Shanahan is one

of the greatest lacrosse players in history of the game, he has been inducted into four Hall of Fames. Doug was the 1st Tewaaraton trophy winner, the Heisman of lacrosse. Doug was a 2 time member of Team USA, and also won MVP of the world games. Doug was also a professional lacrosse player who is a midfielder and faced off for the Long Island Lizards of Major League Lacrosse (MLL) during his professional career. He attended Hofstra University, playing both football and lacrosse in college.